We want to help you make that decision! We’ve compiled information on both models and placed them in four easy-to-read categories. We’ve also provided our overall product recommendation at the end of this article. The four categories we analyzed are: overall product dimensions, key information, similarities and differences. 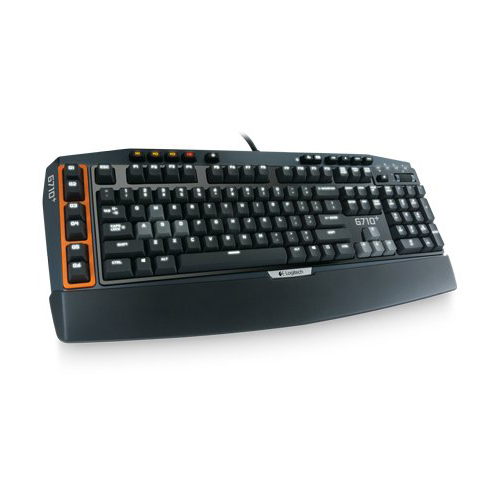 The G710+ also has mechanical keys. These keys, however, do not produce sound. They are quiet, non-clicking keys. They feature a built-in damping ring in each key to ensure the quiet use.

The similarities between the Logitech G710 and the G710+ are vast. They include the following similarities:

The list of difference between the Logitech G710 and G710+ are significantly less than that of the similarities they share.

The feature seen on the Logitech G710, that aren’t seen on the G710+ is the adjustable, dual-zone backlighting feature.

The feature seen on the G710+, that aren’t seen on the Logitech G710, is the built-in damping rings on each key.

The G710+ has all the great features of the Logitech G710, minus the tactile keys that make an audible “click” sound. The G710+ has quiet, non-clicking keys, thanks to the built-in damping rings. While this is a minor difference between the two, it can make gaming more enjoyable by being able to hear the game more than the clicks of the keyboard.

The neat feature about the Logitech G710, however, is the adjustable dual-zone backlighting. This can give you great possibilities for backlighting options during your favorite games!