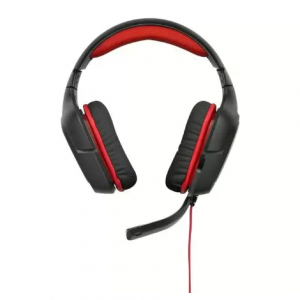 o Stellar sound quality in all ranges that is very impressive for this price point.
o In-line volume control that is easy to operate while wearing the headset.
o Requires additional parts for compatibility with Xbox 360 and Playstation 3.
o Padding can be removed for replacement and                                     cleaning. 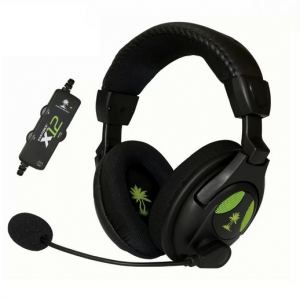 o Sound quality could use more improvements; too much emphasis placed on bass quality.
o In-line volume control and sound amplifier that is difficult to use without taking off the headset.
o Comes with everything needed to connect to Xbox 360 and Playstation3.
o Padding cannot be removed for cleaning and is sparse on the headband.

The Logitech G230 Stereo Gaming Headset produces impressive sound quality and range making it an ideal option for gaming. The tone range is extensive for the price point; users are able to hear background sounds, details, and voices that may normally go unnoticed.

This headset isn’t the best option for listening to music, but it plays music much better than most headsets at this price range. When playing audio at louder volumes the sound quality becomes somewhat tinny, however bass ranges remain strong. The headset features a noise-canceling microphone that excels at picking up voices.

Even faint whispers can be picked up through the microphone. There’s a faint buzz sound that looms even when the user isn’t speaking into the microphone. Despite this, the microphone is still a good option for multiplayer gameplay and video chatting.

The Turtle Beach Ear Force X12 gaming headset offers an expected sound quality for its price point. This headset handles bass and sub-bass sounds exceptionally, showing how much Turtle Beach placed an emphasis on bass quality. Sadly, Turtle Beach ended up neglecting other areas by focusing so intensely on the bass tones.

When the bass boost feature is being used, sounds outside of the bass range suffer. Listening to music on this headset is less than desirable, however this is the case with most gaming headsets. The best part about the microphone is that it has a microphone monitor that allows users to hear themselves when speaking into the microphone. This prevents anyone from speaking too loudly into the mic without knowing they’re doing so.

The Logitech G230 Stereo Gaming Headset offers a sleek black and red design. The 7.65 foot braided chord provides durability while reducing the possibility of tangles and knots. A volume regulator with a mute button and clip is placed on the chord to allow easy access to volume control during use.

The Turtle Beach Ear Force X12 comes with everything needed to connect to PC, Playstation 3, and Xbox 360 counsels. A 34-inch Xbox talkback cable is included in addition to a 1/8 inch female mini-jack to stereo male RCA cable with piggy back connectors. The headset is powered through its USB cable. Turtle Beach seems to place a higher emphasis on compatibility and added features than other gaming headset producers.

The Turtle Beach Ear Force X12 headset comes with a built in sound amplifier making it compatible, making it compatible with the Xbox 360 that requires sound amplification. Rather than designing an outboard box to decode and convert an amplified digital signal, Turtle Beach decided to build an in-line amplifier in the X12’s very long, 16-foot cable. This built in amplifier also acts as a volume regulator for game volume, voice volume, and bass levels.

The in-line volume regulator/ amplifier is located too close to the head making it difficult to operate while wearing the headset. The headset itself is constructed of rigid plastic and feels built to withstand unintended abuse. The ear cups are well padded and covered with a textured black fabric that is comfortable to the touch and breathes well to help avoid sweaty ears. The sturdy, versatile, well-designed headset is comfortable to wear for extended periods of use

The Turtle Beach Ear Force X12 gaming headset is a unique headset that has a lot to offer for its price point. Its sound quality isn’t as impressive as the Logitech model, however the headsets compatibility and vast options of accessories makes it a very fun option. The Logitech G230 Stereo Gaming Headset, on the other hand, is much more straightforward in its design.

The sound quality is quite impressive and truly enhances gameplay. Both headsets are fantastic options for gaming, however Xbox and Playstation users might find the Turtle Beach a better model simply due to its compatibility out of the box.  However, users looking for a solid and simple headset with fantastic sound quality should go with the Logitech G230.