The Logitech MK550 are Logitech MK520 are stylish wireless keyboards that are portable and designed to minimize your clutter. They make any workspace look clean, productive and inspiring.

To help you decide if the Logitech MK550 or the Logitech MK520 is right for you, we’ve compared the two keyboards in the categories of design, keyboard, system requirements and what’s included and then offer a recommendation. 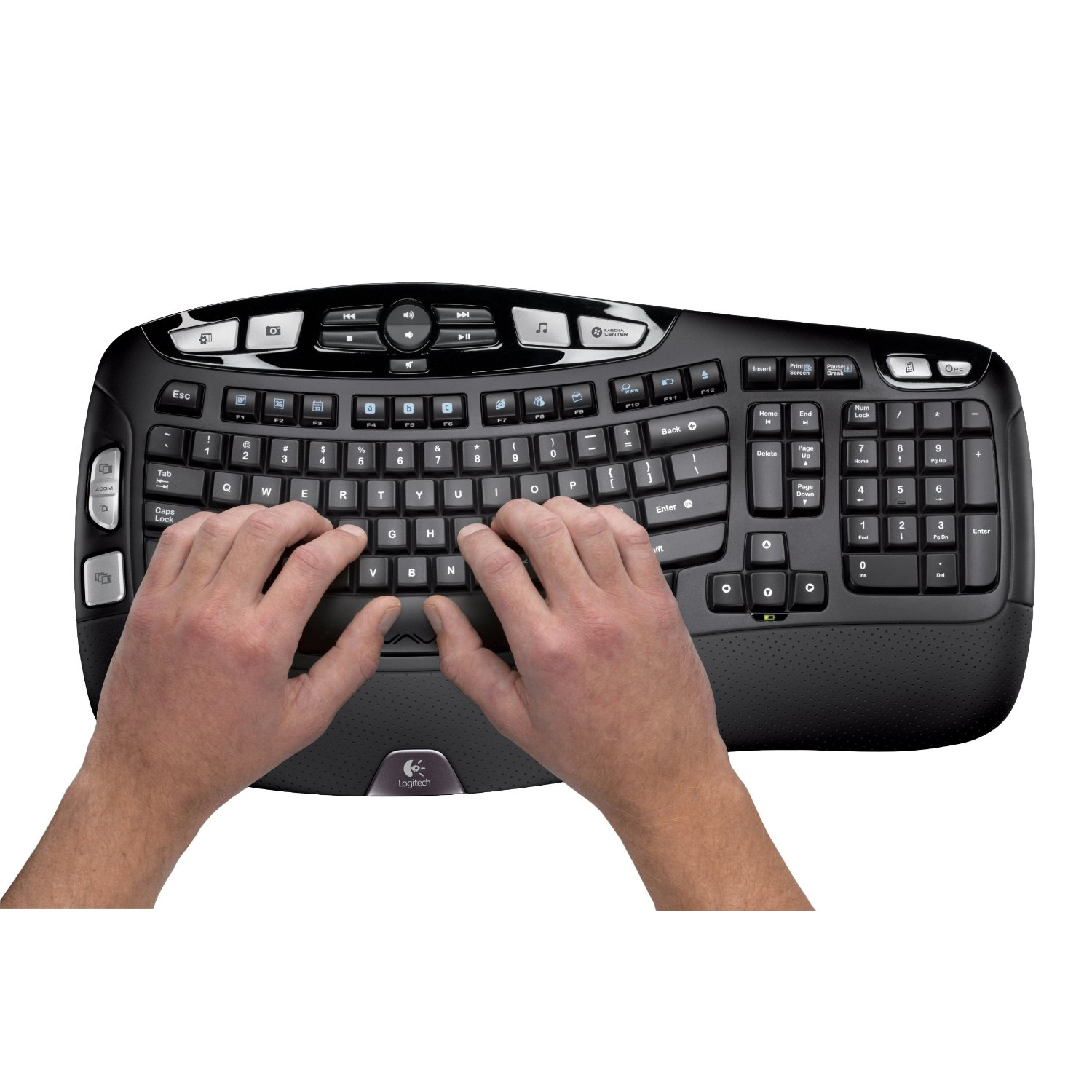 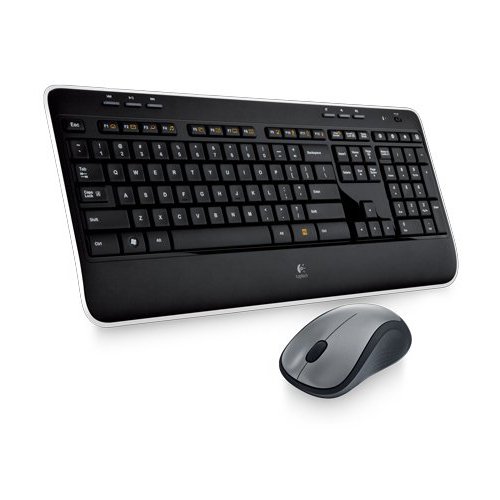 The Logitech MK550 follows a wave patter that is more ergonomically beneficially to your fingers and wrists. The Logitech MK520, on the other hand, is a typical rectangular shape.

Both are full size keyboards that feature a number pad on the right side. They are also both packaged as a combo that includes a wireless mouse.

While the accompanying mouse is slightly different with each keyboard, they both have contoured sides and has soft rubber grips.

The Logitech MK520 is ultra-thin and the keys are not raised very high so that it blends into your workspace.

The Logitech MK550 has a large wrist resting place for maximum comfort.

Both the Logitech MK550 and the Logitech MK520 have Logitech Incurve keys. This means that the key surface is slightly concave which corresponds with the natural design of your own fingertips.

Locating each key is easy and the key edges are softly rounded which makes typing quickly easy to do.

Both keyboards employ the Perfect Stroke key system which evenly distributes your typing force across the key surface. This makes typing silent and fluid, no matter where you hit the key.

Because both keyboards use new technology, it’s important to make sure that you pair them with the compatible devices.

They are also compatible with Chrome OS.

The Logitech MK550 comes with the keyboard itself, 4 AA batteries and user documentation. It also comes with a Logitech unifying receiver.

The Logitech MK520 comes with its keyboard and wireless mouse. There are 3 AA batteries and user documentation as well as a Logitech unifying receiver.

The Logitech unifying receiver allows you to plug up to six unifying devices into it so that portability becomes much easier.

CLICK HERE TO GET LOGITECH MK520 TODAY WITH FREE SHIPPING!

If you like having a full size keyboard and a new mouse, and do not plan on moving your keyboard around, then the Logitech MK520 is a good purchase.

If, however, you do a lot of typing and worry about the impact this has on your hands, then the ergonomically built Logitech MK550 wireless keyboard is right for you.